In a previous occasion, we have discussed the Definition of Scientific Research. It’s now the appropriate time to identify its objectives. Being aware of the basic objectives of scientific research shall help you act systematically; it will eliminate distraction and confusion, which has always been the ultimate challenge for scientific research students during their beginnings.

The objectives of scientific research are divided into three stages:

Such a stage begins with observing a particular phenomenon; the researcher then tends to describe it, based on his perception. We set as an example; when a researcher observes that patients of COVID-19, residing in cold regions, suffer from severe symptoms more likely than those living in tropical areas (which is a mere observation).

You may believe in the existence of a tendency towards generalization in the previous example, may not you?

As a matter of fact, it is not considered a sort of generalization as much as it is taken as describing an overwhelming status. Surely, other cases where the described status does not apply. The researcher might also observe the existence of cases, who reside in cold regions, who suffer from mild symptoms of COVID-19, on the contrary of those who may live in tropical areas. It is not a dominant state.

Predicting a connection between the two previously mentioned variables; the hypothesis then takes place after observing and describing. In other words, the researcher hypothesizes the existence of a connection between low temperature and the severity of symptoms for COVID-19 patients. The conditions of a good hypothesis have been discussed before.

Explaining a phenomenon is considered one of the most important objectives of scientific research. At this stage, the researcher attempts to explain the phenomenon, which cannot happen unless the underlying main reasons are revealed. However, certain conditions have to be conducted to enable the researcher to explain the assigned phenomenon.
The researcher has to ensure the existence of an authentic connection between variables. His observation, on the other hand, might be a mere coincidence since not all observations amount to the hypothesis that requires explanation.

The researcher, then, has to ensure the fulfillment of these conditions, start to explain the phenomenon and its occurrence.
The researcher won’t be able to answer those questions unless he fully reads all recent conclusions reached by other researchers in the same field; a researcher might browse hundreds of previous researches until he manages to logically provide evidence and fact-based explanation.
A researcher has to present the previous conclusions in a subjective, transparent attitude though it contradicts his own theory in favor of delivering credible and accurate results that may enrich the field of scientific research.
To conclude, you should be aware of the fact that a hypothesis might be proven to be true or false, and the results you conclude will definitely contribute to the enrichment of scientific research regardless. They will leave room for other scientists to conclude results with higher accuracy and specification.

What Is Scientific Research? And How Can You Select The Scientific Topic? 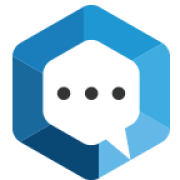 What Are The Reasons For Paper Retraction?